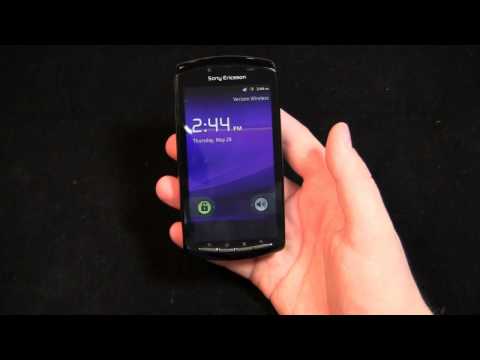 8 years ago, in the leadup to the then new James Bond film, Skyfall, I watched and reviewed every Bond film (official and unofficial), in chronological order of release.
With the latest Bond film, No Time to Die, on its way (optimistically next April) and it being the last film with Daniel Craig as Bond, I figured I would try watching all the films again to see how my opinion has changed in the past near-decade.
There’s a slight tweak though. To make things a bit different, I will not be watching the films in chronological film release order but instead be watching it in order of release of the original Ian Fleming books that lends its title to each film. (The order of the films plus a deeply geeky explanation of where I have placed the later films that do not have Fleming titles can be found at the end of this post).
Other minor tweaks are that, since I am no longer an unemployed 22 year old who could watch 4-5 films a week, I will aim for 1 film per week and skip the unofficial films. If No Time to Die does end up coming out in April next year (and that’s a very big if) then I should finish all the films just before its release, but we’ll see.
So without further ado, the first film in this Bondathon is Casino Royale, Daniel Craig’s first Bond film from 2006. It’s been my favorite Bond film for a while but I also haven’t seen it in a few years so it’s a good one to start out with...
It still holds up really well and went by much quicker than I thought, despite it being one of the longer films. The first third of the film establishes that we are watching a reckless Bond at the beginning of his career who needs to keep his ego in check, and also sets up why the villain needs to set up a poker game to win back money he lost. It’s a bit of a stretch but necessary for a faithful but modern adaptation of the novel. The poker scenes can obviously be confusing if you don’t know the rules but the film does its best to keep them relatively short, break it up with non poker scenes, and show the tension in the poker scenes so that you at least have a rough idea of who’s winning or losing.
Bond’s relationship with Vesper is my favorite part of this film, and that’s saying something considering some very impressive action scenes (parkour chase in Madagascar, Bond stopping a terrorist attack at an airport, the finale in the sinking house in Venice). Back in the late 90s/early 2000s the trend for Bond films was to star actresses that have box office pull (especially in America) but questionable talent like Teri Hatcher, Denise Richards or Halle Berry. In contrast, Eva Green, while talented and respected, was a relative unknown back in 2006, but her portrayal of Vesper put her on the map and made her the household name today. Her scenes with Craig’s Bond are always quick witted and it’s easy to see why Bond would fall in love with her. The dialogue does get a bit cheesy towards the end but overall she’s one of the most memorable characters in all of Bond.
I absolutely love the music in this film, even though the Bond theme isn’t that present. As this is Bond’s first mission and reboots/origin stories were all the rage in the mid/late 2000s (see Batman Begins, Star Trek, and X Men First Class a bit later on), we see Bond at the start of his career and picking up nuggets of what makes him Bond throughout the film, winning poker, getting his Aston Martin DB5, disobeying M to go with his instincts, until the very end of the film where we finally hear him introduce himself in his iconic way, and that’s when we hear a bombastic rendition of the film in full.
It’s funny to see what was considered advanced technology in 2006, just a year or so before the smartphone era. Bond has a Sony Ericsson phone with a very primitive version of a GPS, and snoops through a hotel’s security footage after going through a number of blu-ray discs. That’s always a danger with putting technology in films in this day and age when everything becomes obsolete almost immediately, but in this movie it’s few and far in between and is more of a gentle reminder of how long it’s been since Daniel Craig’s first Bond film rather than any distraction.
Ironically, despite this being “Bond begins” and missing elements like the Bond theme, Q, Moneypenny, it ends up being the only Daniel Craig film where Bond gets sent by M to go on a regular mission. It’s all “Bond goes rogue” or “This time it’s personal” after this as far as the Craig films go.
Overall, Casino Royale still holds up as perhaps my favorite Bond film (we’ll see how it fares after I’ve viewed all the other). It’s gritty, it’s tense, it’s emotional. It’s Bond without following all the Bond tropes.
***Deep geek zone: Order of films I'll be watching and explanation of where I have placed the non-Fleming titles
Basically I have scattered the 6 movies whose titles are not from the Fleming books throughout the list, mainly putting them after a Fleming title whose book/film with a similar theme or element, with the one exception of Skyfall which I just placed in the middle of 4 Connery films to split them up.